Want to learn more about prior appropriation?

Hopefully you were able to stick it out to the end of my last blog post.  If you were, and if water rights and prior appropriation are new to you, I bet you want to learn more.  Some historians have done an exception job delving into the history of the West to explain why we divide water the way we do and the impacts of prior appropriation.  I highly recommend the books below, but be prepared for some heartburn.
The best water rights books to date:


If you'd like a slightly drier, academic approach focused on a local watershed and wetlands, you can check out some of my publications.

Email ThisBlogThis!Share to TwitterShare to FacebookShare to Pinterest
Labels: prior appropriation, reading, water

Prior Appropriation: the exciting rules we use to divide up water (!!!)

Subtitle: The most interesting subject in the world

Prior Appropriation Water Law is the boring term for the most interesting subject: the rules for how we split up the water in our rivers so it can be used to grow food and people. The rules say the first person to claim water always gets water, and the people who were late to the game are out of luck when supplies are short. Westerners decided on these rules in the 1800’s, but they still affect your daily life: anyone using any water needs a water right.

Water law is a tricky subject.  If you can listen past ‘prior appropriation,’ you’ll be quickly overwhelmed by the injustice of it all and a growing sense of confusion caused by all the exceptions to initially simple rules.  My entire academic career has been driven by my need to talk to people about water rights and birds, because even birds need water rights.  After 13 years of water rights stuff, I still cycle between thinking it’s unfair and really cool.

Take a look at the map below.  What is the most visible difference between the western (left) half and the eastern (right) half of the country? 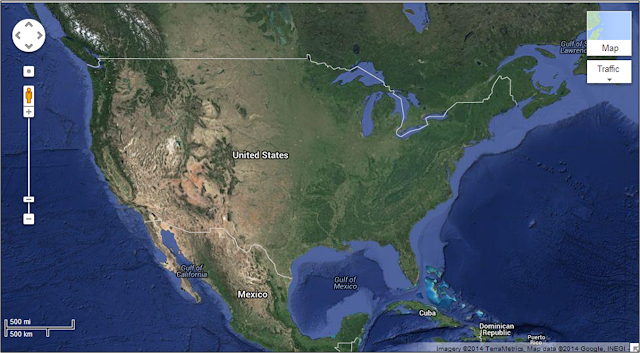 You’re right!  The West is more brown than green.  The differences in color are caused by how much water each half has.  The West gets less precipitation than the East and gets most of it as snow.  Plus the West has deeper canyons hiding their rivers.  Because of these differences, there are different rules for using water use in the East and West.
Everyone and everything needs water, which is simple and always true. Prior appropriation water law – the rules for dividing up water in the West - starts simple, but gets so complicated that there’s not one thing that is always true (except that people will always fight over their water). I tried to explain prior appropriation using the Up-Goer Five editor, which only uses the 10,000 most common English words (prior, appropriate, and rule are not common words).


Diverting water from where it naturally flows is a big change from the way water is used in rainier places.  In those places the rules follow Riparian Water Law, which allows anyone who owns land next to a waterbody to utilize a reasonable amount of water for any use.
Water rights are an interesting type of property that you can buy and sell, but you can’t keep it.  A water right is usufructuary which means you have the right and obligation to use water.  The state gives out water rights, which come with a lot of specifications:


“First in right, first in time’ is just the skeleton of a hefty body of laws and policies (The Law of the River).  For the Bear River right pictured above, all policies below also apply:
The Refuge is the last user on the Bear River and in most summers there’s not enough water in the river to meet to their needs because that water is being used upstream.  While they have a right to 1,000 cubic feet per second (cfs) of Bear River water, there is only 200 cfs actually in the river during the summer when crops need irrigated.  A 1928 priority seems old, but in the history of Utah settlement it’s not, so there isn’t anyone with a younger right the Refuge could ask to turn off their water.
The rules about water in the Western US are unfair, especially for Native Americans and the environment.  The reason for all the unfairness (aside from the history of shorting native people and the environment) is that the goal of prior appropriation is efficiency, not equity.  The harsh landscape of the West supports billions of people who don't worry about where their water comes from.  That’s insanely efficient, given how little rain we get.  Efficiency is an unsatisfying explanation for injustice, but it’s helped me interpret history better.
Laws are tortuously slow to change, but they are changing to better reflect the values and understanding we now have about water.  Did you know storing rain water wasn’t legal in Utah until 2010?  It is now.  And I’ve been hearing rumors of finding a water right for Great Salt Lake (GSL), which is suffering even more than the wetlands around it.  If water law never changed, that wouldn’t even be considered because keeping water in GSL doesn’t require a diversion (a key component of prior appropriation) and staying great and salty isn’t one of Utah’s beneficial uses (yet).
But how does prior appropriation affect you? News about snow, water-based recreation, fish, and even dust is ultimately about water rights.  When we have a bad ski season everyone (farmers, boaters, and asthmatics) suffers because it means there won’t be enough water to irrigate farms, fill reservoirs, or prevent dust storms at the same time.
Do you recreate in boats? Bodies of water with a dam on them are reservoirs that were built so people with water rights could save up their water until it’s needed. Powell, Strawberry, Pineview, and parts of Bear Lake are reservoirs.
Do you eat food?  If it was grown west of the Mississippi River it was probably irrigated, which requires water rights.
Even the desert, defined by lack of water, is shaped by it.  Deep canyons are cut by rivers. Those stunning cliffs make it hard to access water, which necessitates the reservoirs mentioned above. 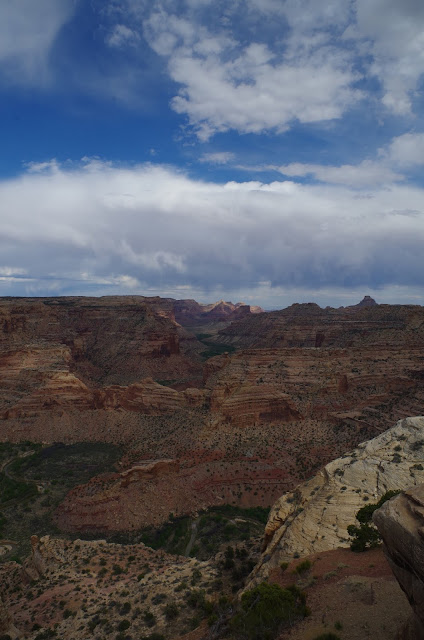 This is a lot of info, and I haven’t even gotten to groundwater, the link between water quality and water quantity, or the federal government and water.
Posted by Becka at 11:28 AM 2 comments: